The Ultimate Guide To ZBrush With Madeleine Scott-Spencer

Introduction to ZBrush 2021 is the most comprehensive video training series available for Pixologic’s industry-leading digital-sculpting software. Taught by Madeleine Scott-Spencer, this 65-chapter workshop — with 51 hours of lessons — begins with a quickstart tutorial to get you up to speed, fast. It’s the perfect introduction for everyone from complete beginners to those simply looking to see what’s new in the latest version of the software.

The first follow-along tutorial in this workshop tackles how to sculpt a character bust from a sphere while teaching the core ZBrush concepts, such as DynaMesh and how to effectively use subdivision levels, as well as demystifying the ZBrush interface and navigation. Subsequent chapters delve further into a more in-depth look at the ZBrush interface, including how to customize the interface and hotkeys, what are the important sculpting tools and techniques, plus explanations of 3D alphas, custom brushes, the InsertMultiMesh brush, Array Mesh functionality, the NanoMesh system, Vector Displacement brushes — plus much, much more.

All the exciting new features in ZBrush 2021 are, of course, covered including cloth, dynamic thickness, ZModeler updates such as Edge Extrude, and the new MicroPoly tools. Madeleine also discusses how to approach hard-surface sculpting in ZBrush plus how to use the polygon modeling tools such as ZModeler, the Topology brush, and ZRemesher. 3D Printing enthusiasts will also be pleased to discover a chapter devoted to the process of preparing a model for 3D printing using the Decimation Master plugin.

In addition to exploring all of ZBrush’s impressive sculpting tools, this workshop also covers its robust 3D painting program. Madeleine walks through PolyPaint, UV Master, and Spotlight, through detailed demonstrations of paint techniques drawing from more than 20 years of experience working in the film industry. Lighting and rendering chapters also take you through the process of generating final images using LightCaps and HDR images, as well as how to render through the ZBrush to KeyShot Bridge. Plus, Madeleine details the ZBrush Material menu and how to extract maps such as Displacement, Normal, and Color, as used in many film, TV, and videogame art pipelines.

To help with your understanding of this workshop, Madeleine provides helpful project files for you to download and follow along with most chapters. By completing this workshop, you should have the confidence to tackle your own projects as an intermediate-level ZBrush artist. 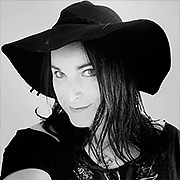 Madeleine Scott-Spencer has used ZBrush extensively for over ten years as a Visual Effects artist as well as an instructor for The Gnomon Workshop. She has worked in visual effects, toys and collectible design as well as the creation of digital maquettes for concept design. Maddie has worked with Weta, Double Negative, Pixologic, Gentle Giant Studios, Activision, Hasbro, and numerous other major studios. She served as a designer at Weta Workshop on the Hobbit trilogy as well as working on design and textures at Weta Digital. She has worked on a variety of films such as The Hobbit Trilogy, Rise of the Planet of the Apes, Life, Wonder Woman, and Valerian. Madeleine has taught classes for Gnomon since 2006 and has produced numerous video tutorials and manuals for the ZBrush community, 3D World Magazine, and others. Madeleine is also the author of the highly-regarded books ZBrush Character Creation: Advanced Digital Sculpting, ZBrush Creature Design, and ZBrush Digital Sculpting: Human Anatomy. She graduated from Savannah College of Art and Design in 2005, studied classical figurative sculpture at the Florence Academy of Art in Italy, and performed cadaver lab studies in support of multiple artist's anatomy projects. She currently resides in London, England.