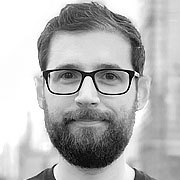 Nick Miller is a Senior Creature TD currently working at DNEG. His career originally began in New York; he worked many contract and freelance gigs before accepting a full-time position at Framestore. It was there that he sharpened his Python skills and eventually became the main contributor to the commercial department's rigging package. In early 2017, he moved to the Vancouver area where he has worked for Method Studios, Digital Domain, and most recently Double Negative. Throughout his professional career, he has worked on a wide variety of projects including commercials, television, games, and film. Both in and outside of work, he enjoys mentoring anybody who will listen to him talk about rigging or Python.