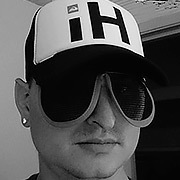 Ryan Hawkins has been in the video game industry for over ten years, having contributed to many different aspects of the industry. Ryan was Lead Artist on Tom Clancy’s The Division for Ubisoft Massive, and has contributed to various titles including Aliens: Colonial Marines and HAWKEN. He is the creator and founder of the book series VERTEX and has created and worked on community competitions such as Dominance War, The Comicon Challenge, BRAWL and Darksiders for communities such as Polycount and Game Artisans. Ryan also contributes his expertise to the field of software development as Brand Director for Quixel, the creators of nDo, dDo and Megascan.